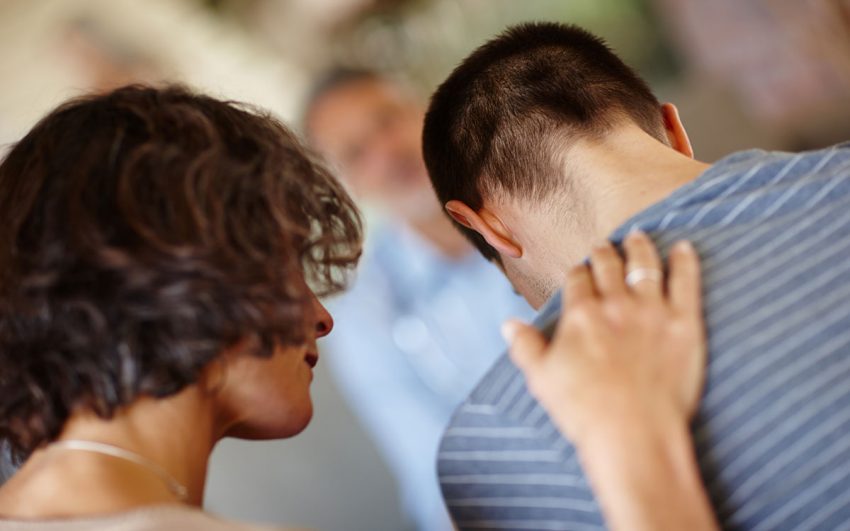 The planet’s spiritual evolution is on the rise meaning that empaths, also referred to as clairsentients, are becoming more well known. Whether you believe it or not, empaths are real. An empath is a type of psychic in a way because they can read the energy of others, even at a distance, and tend to feel the emotions as their own. There is scientific proof of the existence of empaths in that the brain feels empathy at higher levels for some. This leaves these individuals as compassionate, yet highly sensitive. Many empaths are raised by narcissists and end up being abused which leads to co-dependency issues and complex post traumatic stress disorders. This can require counseling, but does not lessen the ability to feel energy of a deep intuitive level that can often even be felt when interacting online. Granted, this ability to be read does not apply to everyone. Those with a closed heart chakra remain and enigma to empaths, but it is also a sign to be very wary of them.

The reason most empaths suffer from CPTSD and co-dependency issues is because the psychic abilities are created by years of bullying or abuse. Empaths tend to be desperate for approval and love that was not received during childhood. Instead of loving ourselves, we seek it from outside sources and this often draws in abusive people that continue the cycle. This will continue until the abuse is recognized and empaths learn to love themselves unconditionally. Though this sounds like a rough way to develop a psychic ability, it does not make it any less real or lessen the effects of others emotions on the empath.

Not everyone enjoys being an empath, though many discuss how powerful and gifted empaths are, even when the world denies their existence. This makes it hard to be an empath. It can be so stressful that it is detrimental to one’s health. Some do not enjoy reading people and then having them get angry for something that happens naturally. This can be isolating. This also leaves the empath vulnerable to psychic attacks and the negative energy of others. There are things you learn a you continue on the journey to growing as an empath, they are shared below.

People Will Despise You Without Reason

The story is always some variation of meeting someone new, being kind and polite, but you are despised immediately without doing anything wrong. This is because empaths are mirrors that reflect back what people hate about themselves, all those things they try to hide from others. Things are not made easier when an empath can read the person and points out something, they are insecure about in an innocent manner. This usually comes as some complement about whatever the person is insecure about, but it is taken as noticing something they do not like about themselves in the first place. Having to constantly deal with others projections is isolating. It causes people never to see you, but a reflection of their unhealed wounds and hidden insecurities. This leaves the empath feeling unknown to all.

Dealing with Being Empathic

To learn to deal with being an empath you must first start by vibrating higher. People who irrationally attack empaths are vibrationally low. They are hurting and will color interactions with you. There is no need to blame yourself, to get angry, or hurt, just cut these people out of your life and move forward. Instead, focus on vibrating higher by loving yourself and being happy. This will attract people who are also on higher vibrational levels who will feel you joy and love, not share their insecurities and hurt.

An empath’s worst enemy is negative energy. The world is all energy and everything holds its own energy, living or not. Everything we touch, every person we are with, shares a bit of energy with us. If this person has negative energy, it will end up on you and bring your vibrational level down. This is especially true during sex so sex should be reserved for those on the same high vibrational level. Anything else can be harmful not just to you, but the other person. For an empath, even second hand clothing can lower vibrational levels because it has absorbed the energy of the first wearer. This holds true for jewelry, clothing, and even sleeping in someone else’s bed.

Learn to repel negative energy and cleanse away the negative energy that already exists on you. The easiest way to repel it, is to love yourself so completely that dark energy cannot reach you. Forgive those that do hurt you, smile, laugh, and carry on in love. You can make the choice to be happy. The more loving and happy you are, the less negative energy can have an impact. The higher you can keep your vibration, the fewer negative people you will attract. If you are just learning to love yourself, this can be difficult, but take baby steps and use the tools shared below.

Try wearing rainbow obsidian that naturally repels negative energy. You can also try wearing or carrying crystals like labradorite or get a necklace made of mala beads that can be activated to protect you from the dark energy. If dark energy is already on you, try taking a long salt bath to wash it away. Another option is baptism, the ultimate religious symbol of washing the dark away and embracing the light. Smudging yourself with Palo Santo or white sage can remove negative energy, but this is also effective around clothing, shoes, homes, and other things. Allow the smoke to clear away negative energies. If using smudging on secondhand items, do so before wearing them.

People who are not empaths will think you are crazy. Other empaths will understand, but you may journey alone for awhile in the beginning. Most people will think you are making up being an empath, which is not really surprising. Many people will never have heard of being an empath and will consider the empath as mentally ill. This can lead to overmedicating and further problems because it is not a mental illness, though it sometimes feels crazy and like a curse. Sharing that you are an empath can be scary and is something you should only do with those you are very close to and trust. Still, you are not alone and many others are facing the same challenges. It will take the rest of the world time to catch up to empaths being real.

Empaths often have common health conditions due to absorbing so much negative energy. One common issue is chronic constipation. Absorbing the energy of others can create a block or imbalance in the solar plexus, a chakra at the pit of your stomach. As empaths absorb strong energies, it is felt in the stomach, leading to stomachaches and constipation and it is horrible. Clearing your energy can help this and short term, laxatives may work, but do not become dependent on them. Make sure you are eating fresh fruit each day and getting plenty of fiber. Think applesauce, oatmeal, and even grapefruit to get things started. Long term, balance out your stress levels, keep chakras in balance, and meditate often. Also be cautious about who you spend time with as you absorb their energy.

Being an empath is real. It is tough, but it can get better once you learn to love yourself. Start today.